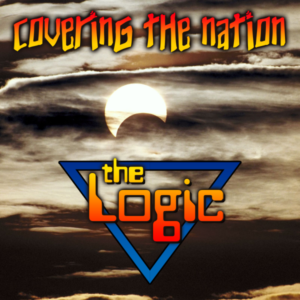 Released in 2007, this collection of tunes is compiled from the demos created for their elaborate live shows- and is constantly being updated for fans.

The band decided to release this compilation of demos so as to show that they had not been dormant in the studio since their last release in October 2001. The band considered this collection of songs to be the World’s first official Dynamic album. What this means to the Logic fan is that “Covering the Nation” is always expanding. As more Demos are created they are added to this list.

Logic singer, Chad Austin, had this to say about it, “There is a lot of music here… not everything you see listed has been performed live. ‘Landslide’ (Fleetwood Mac) was never performed by the band. Neither was ‘Solsbury Hill’ (Peter Gabriel), ‘Tomorrow Never Knows’ (the Beatles), ‘Cupid’s Chokehold’ (Gym Class Heroes) and ‘Probably Me’ (Sting).

“And then there are the rarities, like ‘Hollywood Nights’ (Bob Segar). The song was performed by the Logic, but only once. Some songs were dropped after playing live for about 6 months.

“As a band, folks are always coming up and asking us why we don’t perform this song or that song any longer. Now they can have a copy of it… maybe when they hear it again they will understand why we dropped it (laughs)! But if not, then it’s theirs for the keeping.

“I love the idea of the dynamic album. I haven’t heard of anyone doing this before- although it’s an amazingly simple concept. What it really means is we spend way too much time on cover-tunes and not enough time on our stuff- ha!”